The juniors with the IBCA President

For the last round of these championships, the French Théo Ambrosino obviously hopes to keep this first place, he must win his match against the Indian Aryan B Joshi, one of the 4 players with 4 points behind the Frenchman with 4.5 points. The Swedish Johansson Tage is opposed to the Indian Marimuthu K. At the end of this final round, the situation is totally reversed as the Frenchman loses his match, and the Swedish second wins his. The Frenchman finishes 5th in the final junior ranking which crowns the Swedish Junior World Champion ! The junior podium is : 1st Johansson Tage, 2nd Aryan B Joshi, 3rd Racis Michal.

On the women’s side, Lubov faced the Indonesian Wilma Margaretha Sinaga and won her match, thus retaining her World Champion title. The podium was completed by Anna Stolarcyk who defeated Mira Jatnikasari from Indonesia and Emilia Egeman who took third place after her draw against another Indonesian, Khairunissa. The French Clémentine Kruk did not manage to take the advantage over the Uzbek Jumonova Durona and finishes these championships in 22nd place with 3.5 points.

Last day of competition on Saturday 16 July. Juniors do not play this morning. The day starts at 8.30 am with round 8 for the women. The Ukrainian Lubov Zyltseva-Lysenko is still leading the provisional ranking and is playing against the Indonesian Puspita Tita. Clementine Kruk is playing against Colombian Camilla Becerra Fonseca to try to win a 4th point and equal her 2018 score in Poland. The Game ends with a tie, giving 3,5 points to the french. Lubov wins against Tita and she stays ahead with 7,5 points. The two Polish women Emilia and Anna also won their game against Brahmana Aisah Wijayanti Putri the Indonesian and the polish Debowska Teresa respectively. They are in second and third place with 6,5 points after this round

After yesterday’s rest day, the matches resume this morning for the second part of the competition. On the programme today are two matches for the women and two for the juniors. This morning, Théo Ambrosino won against Axadxon Kimsanboev the Uzbek player which puts him in first place of the provisional ranking. Clementine Kruk won her match against Jozefa Spychala from Poland. She is now temporarily 13th in the provisional women’s ranking. The Ukrainian also wins her match and remains at the top of the ranking with 4.5 points ahead of the Polish players Emilia Egeman and Anna Stolarczyk (both 4.0 points).

This afternoon is more complicated for Clementine KRUK and she loses her match against the Indonesian Puspita Tita. Theo Ambrosino plays against the Swedish Tage Johansson to try to stay in the lead.

After the traditional fireworks of the French National Day - shot in Castelnaudary on the evening of the 13th on the water of the Canal du Midi - the 14th of July is a day of rest for the competitors. The programme for those interested includes a boat trip on the Canal du Midi - a Unesco World Heritage Site whose construction lasted from 1666 to 1681 - and a picnic on the banks of the canal. The Colombian team provides the musical atmosphere on the boat and leads the Indonesian team with their songs.

Fireworks in Castelnaudary on July 13th

It is a tradition to have a fireworks on the 13th or 14th of july to celebrate the French National Day. It is the French bank holidays that celebrates the storming of the Bastille during the French Revolution of 1789. We are invited to the festivities by the Mayor of Castelnaudary and the Disabled Commission.

Round 5 Women & Round 4 junior

On Wednesday 13 afternoon, the juniors start round 4 while the women start round 5. Lubov Zsiltzova-Lisenko is opposed to Emilia Egeman and keeps her first place after their draw. In the Juniors, Théo Ambrosino, the Frenchman, loses his match against the Polish Michal RACIS and gives up the first place. He is 3rd at the end of the third day of competition. Provisional junior ranking.

Clementine KRUK, the French player also lost her match against another Indonesian, Wilma Margaretha Sinaga. She drops to 15th place in the provisional women ranking.

Wednesday 13 morning, the juniors are rested, the women attack the round 4. The Frenchwoman Clementine Kruk is up against the Indonesian Khairunnisa, whom she had already faced in 2018. As on that occasion, the Indonesian won. Ranking after round 4

Ukraine’s Lubov Zsiltzova-Lisenko takes over first place this round with 4 points ahead of Poland’s Emilia Egeman and Anna Stolarczyk.

Tuesday 12 July, second day of the youth and women’s championships.

Some news of our French competitors :

Théo AMBROSINO, the young French player in the junior tournament, had a great day and collected 2 more points in his pocket after his victories in the morning against the Spaniard, Aaron SAN JUAN SANTIN and in the afternoon against the Pole, Fabian SPIONKOWSKI. He is in first place in the provisional ranking with 3 points after round 3.

Clementine KRUK who represents France in the women’s championship had a more difficult morning losing to Emilia TRYJANSKA from Poland but she made up for it this afternoon by beating Francisca GARCIA MARTIN from Spain. She has 2 points after round 3 and is ranked 11th in the provisional ranking.

After the opening ceremony, the first game has started. There will be a live broadcast of the first 2 boards in each championship Junior and Women. Live games

Note that for the juniors, due to the low number of players, it was proposed by the arbiter Stephen Boyd to play only 7 rounds instead of the 9 initially planned. This was approved at the technical meeting. There will therefore be no matches for the juniors on Wednesday and Saturday mornings.

The competition began with an opening ceremony in the presence of the mayor of Castelnaudary, Mr Maugard, the representatives of the community of communes of Castelnaudary Lauragais Audois in charge of tourism, Mr Greffier and Mrs Chabert, and the person in charge of disabilities at the town council, Mrs Cathala. The president of the Occitanie chess league was also present for the occasion and is one of the organisers of the championship. The IBCA President, Dr Charudatta Jadhav officially launched the opening of the Youth and Women’s Championships and the Mayor of Castelnaudary made the symbolic first move of the tournament. The ceremony was covered by the dépêche du midi. All the delegations received a selection of regional products as a gift, including the famous Cassoulet de Castelnaudary which is - as the mayor reminded us - eaten in more than 150 countries around the world, but of which Castelnaudary is the undisputed world capital.

Dr Charudatta Jadhav, president of the IBCA, with his wife and daughter with the competition director, Laurent Kruk :

The players were then able to head to their boards to begin the first round.

The playing room for the women’s championship :

Schedule of the competition :

The championship will be played in 9 rounds Swiss System in accordance with FIDE regulations. The playing time will be 90 minutes + 30 seconds for each move.

Note that for the juniors, due to the low number of players (13), it was proposed by the arbiter Stephen Boyd to play only 7 rounds instead of the 9 initially planned. This was approved at the technical meeting. There will therefore be no matches for the juniors on Wednesday 13th and Saturday 16th mornings.

The competition is now entering its final part, 5 rounds (out of 9) have been played for the women and 4 (out of 7) for the juniors. Follow the competition and the provisional results in the Competition section

Rules of the competition

Tournament directors shall have the power to adapt the following rules according to local circumstances. In competitive chess between sighted and visually handicapped players (legally blind) either player may demand the use of two boards, the sighted player using a normal board, the visually handicapped player using one specially constructed. The specially constructed board must meet the following requirements : At least twenty centimetres by twenty centimetres. The black squares slightly raised. A securing aperture in each square. Every piece provided with a peg that fits into the securing aperture. Pieces of Staunton design, the black pieces being specially marked.

GENERAL RULES The moves shall be announced clearly, repeated by the opponent, and executed on his board. To make the announcement as clear as possible, the use of the following names are suggested instead of the corresponding letters, the algebraic notation to be used : A Anna B Belia C Ceasar D David E Eva F Felix G Gustav H Hector Ranks from white to black receive the German numbers : 1 Eins 2 Zwei 3 Drei 4 Vier 5 Fnf 6 Sechs 7 Sieben 8 Acht Castling is announced Lange Rochade (German for long castling) and Kurtze Rochade (German for short castling). The pieces bear the names : Koenig, Dame, Turm, Laeufer, Springer, Bauer. When promoting a pawn the player must announce which piece is chosen.

On the visually handicapped players board a piece shall be considered touched when it has been taken out of the securing aperture.

A move shall be considered executed when : In the case of capture, the captured piece has been removed from the board of the player whose turn it is to move. A piece is placed into a different securing aperture. The move has been announced.

Only then shall the opponents clock be started. As far as points 2 and 3 are concerned the normal rules are valid for the sighted player.

A specially constructed chess clock for the visually handicapped shall be admissible. It shall incorporate the following features : A dial fitted with reinforced hands, with every five minutes marked with one dot, and every fifteen minutes by two raised dots. A flag that can be easily felt. Care should be taken that the flag is so arranged as to allow the player to feel the minute hand during the last five minutes of the full hour.

The visually handicapped player must keep score of the game in Braille, or longhand, or record the moves on a tape recorder

A slip of the tongue in the announcement of a move must be corrected immediately and before the clock of the opponent is started.

If during a game different positions arise on the two boards, they must be corrected with the assistance of the controller, and by consulting both players game scores. If the two game scores correspond with each other, the player who has written the correct move, but executed the wrong one, must adjust his position to correspond with the move on the game scores.

If, when such differences occur and the game scores are found to differ, the moves shall be retracted to the point where the two scores agree, and the controller shall readjust the clocks accordingly.

If the visually handicapped player does not make use of an assistant, the sighted player may make use of one who shall carry out the duties mentioned under points (9.a) and (9.b). 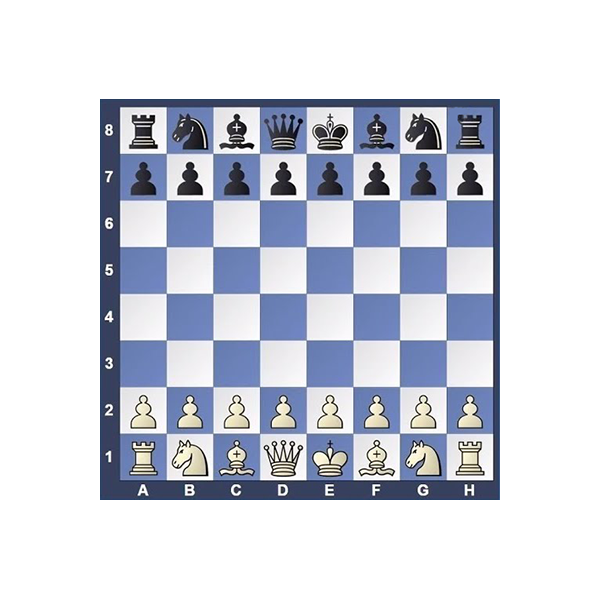